Where to watch Doctor Who: Yes, it’s a bit wibbly wobbly

For close to 60 years, with a couple of big gaps, the BBC has been making new adventures of Doctor Who. The sci-fi series about an alien Time Lord who fights evil in all of time and space in his ship called The TARDIS has been a British TV institution. More recently, it has created a huge worldwide fanbase, including here in the U.S.  This article is designed to show U.S. fans where to watch Doctor Who.

If you live in the UK, you have it easy. The classic era of the show is available to stream on Britbox UK, and the current version of the series can be streamed on BBC iPlayer. However, in the US, there are several streaming services you will have to check out to watch the show, and it’s going to get even more complicated soon.

Where to Watch Doctor Who – Classic era 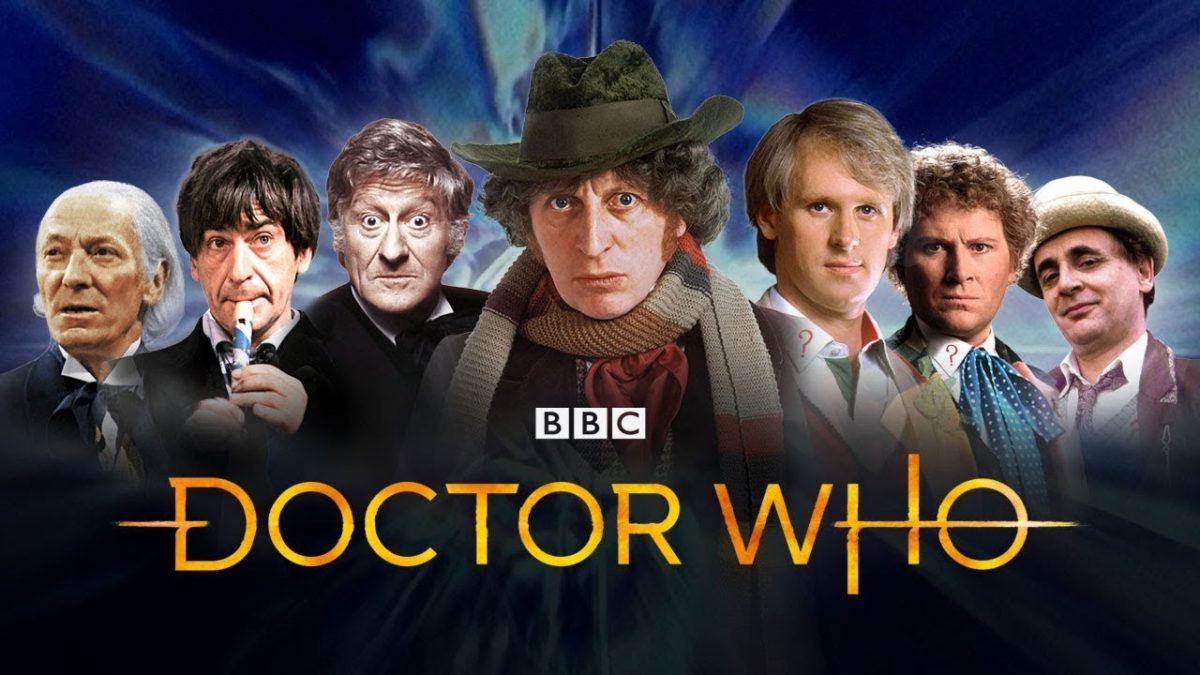 The series first launched on November 23, 1963 and ran for 26 seasons before it was canceled by the BBC. The show had seven actors in the title role during this time period, each of which had their own personal style and character. In the US, the best way to watch this era of the show is on our country’s version of BritBox.  You can stream most of the show’s classic era episodes (more on that “most” later) for the low price of $6.99 a month.

Britbox also has some Doctor Who-related extras, such as the two non-canon theatrical movies, based on two TV stories starting the First Doctor. There’s also the special K-9 and Company (starring two of the Doctor’s companions) and several specials that look at each of the actors that played the role in that era (William Hartnell, Patrick Troughton, Jon Pertwee, Tom Baker, Peter Davison, Colin Baker, and Sylvester McCoy). Finally, you can watch An Adventure In Space and Time, a more recent TV movie that is a docudrama about the creation of Doctor Who in the early to mid-1960s.

You can sign up for the US version of BritBox at the link below, The streaming service also has a ton of other TV shows, movies, and specials from the BBC and ITV to check out as well.

BritBox is a streaming service formed by the BBC and ITV networks that offers UK-based TV shows, soap operas and more.

Can I watch classic Doctor Who for free?

As a matter of fact, you can. Several free streaming services include channels that show select episodes of classic Doctor Who that run 24/7. They include Pluto TV, The Roku Channel, and Samsung TV Plus. Keep in mind that these services offer fewer episodes from this era to stream, and you will have to deal with frequent commercials, which is not an issue with watching the show on Britbox.

Where to Watch Doctor Who – The Eighth Doctor’s TV movie Doctor Who was finally canceled after 26 seasons in 1989 due to low ratings. However, fans of the show continued to hope that it would be revived someday. They first thought that day came in 1996 when the BBC teamed up with the Fox network in the US to launch a TV movie, where the Eighth Doctor, played by Paul McGann, was introduced. The plan was to launch a new series with McGann if the viewers returned. While the ratings in the UK were solid, they were not as good in the US, so the show went back into limbo.

Unfortunately, due to licensing issues between the BBC and Fox, the TV movie with the Eighth Doctor is not available to stream on any US service at the moment. It is available to stream on BritBox UK, so if you can access a VPN service, you might be able to watch the movie using that method. The only other alternative is to get a DVD or Blu-Ray player and purchase the disc version of the film via eBay or some other site.

Where to Watch Doctor Who – The Current era 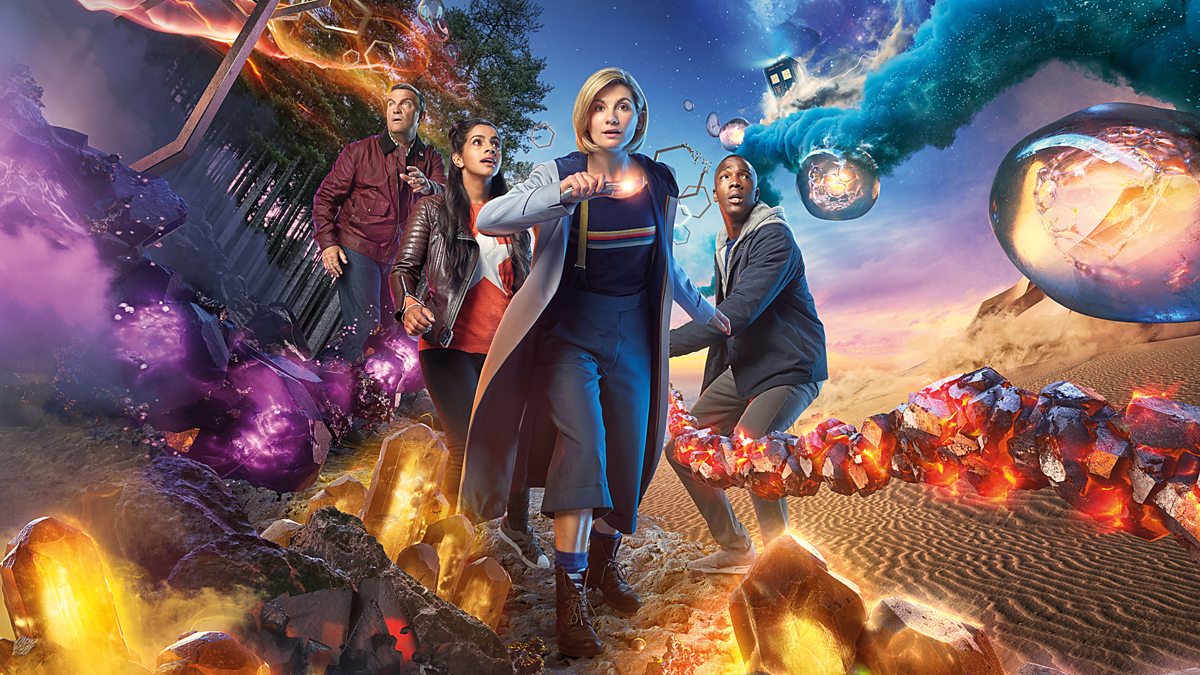 Fans of the show never gave up hope that Doctor Who would get a proper revival as a TV series. In 2005, that finally happened as the BBC launched a new Doctor Who series. It became an instant hit across the pond, and later the show picked up tons of other fans when it was shown in the U.S. and other parts of the world. The series was originally shown on SyFy in the U.S., before it made its way to the BBC America cable network.

At the moment, five actors have played the role in the current Doctor Who era (Christopher Eccleston, David Tennant, Matt Smith, Peter Capaldi, and Jodie Whittaker) across 13 seasons and a number of specials. You can watch nearly all of those episodes now in the US on HBO Max. You can also check out two Doctor Who spin-off series on the service: Torchwood and The Sarah Jane Adventures.

There are a few exceptions. The final 90-minute special for the 13th Doctor, Jodie Whittaker, is titled The Power of the Doctor. It’s currently available to stream in the US, at least for now, exclusively on AMC Plus, where you will also find three “lost episodes” of the show. These shows, all starring the Second Doctor, Patrick Troughton, were previously either lost or only partially available on video, but they were made complete with new animation that used the remaining audio tracks from those episodes.

AMC Plus offers ad-free on-demand access to the library of shows and movies from the AMC Networks family of cable TV and streaming services.

The future – Doctor Who on Disney Plus

With the end of the 13th Doctor Who era comes yet another big change for its U.S. fans and, indeed, for most of the rest of the world.  The BBC has announced that future episodes and specials from the series will be streamed exclusively on Disney Plus. This is a worldwide deal, except for the UK and Ireland, where the show will continue to be shown on the BBC. The Disney Plus era will begin in November 2023 with three specials to celebrate Doctor Who’s 60th anniversary. Those specials will feature David Tennant playing a version of his 10th Doctor character, but now as the 14th Doctor. The show will then make yet another quick change to the 15th Doctor, played by Ncuti Gatwa, who will take on the role during the show’s annual holiday special in late 2023.

Disney Plus offers thousands of TV episodes and movies from across the Disney library, including its Pixar, Star Wars, and Marvel shows and films, along with exclusive TV series and movies.

Will previous Doctor Who episodes and movies also be available on Disney Plus?

At the moment, those older episodes, movies, and specials will continue to be available to stream on BritBox, AMC Plus, and HBO Max in the US. The Disney Plus deal is just for future episodes and specials for the series.

Are any of the current Doctor Who era episodes available to stream for free?

No. Unlike the classic era episodes, which can be watched in part for free, the current era episodes and specials are not available on any free streaming service.

Will any more of the lost episodes be brought back with new animation?

Although anything is possible, there are still a lot of episodes from the First and Second Doctor’s era that are missing and right now there are no announced plans to complete them with animation.