Samsung Chromebook 4 Plus review: Bare minimum at a light price


What you need to know about the Samsung Chromebook 4 Plus

The Samsung Chromebook 4 Plus is the larger version of the 11.6-inch Chromebook 4 and has a 15.6-inch Full HD display. There are three storage/memory configurations available, as listed above. It’s a low-end Chromebook that is aimed at those folks that need a simple computer and is a cheap option for students.

It was released back in 2019 and has stayed a competitive option in the budget Chromebook space with the retail price hovering close to the $200 mark in regular discounts. The Chromebook 4 Plus is available in a single color: Platinum Titan. 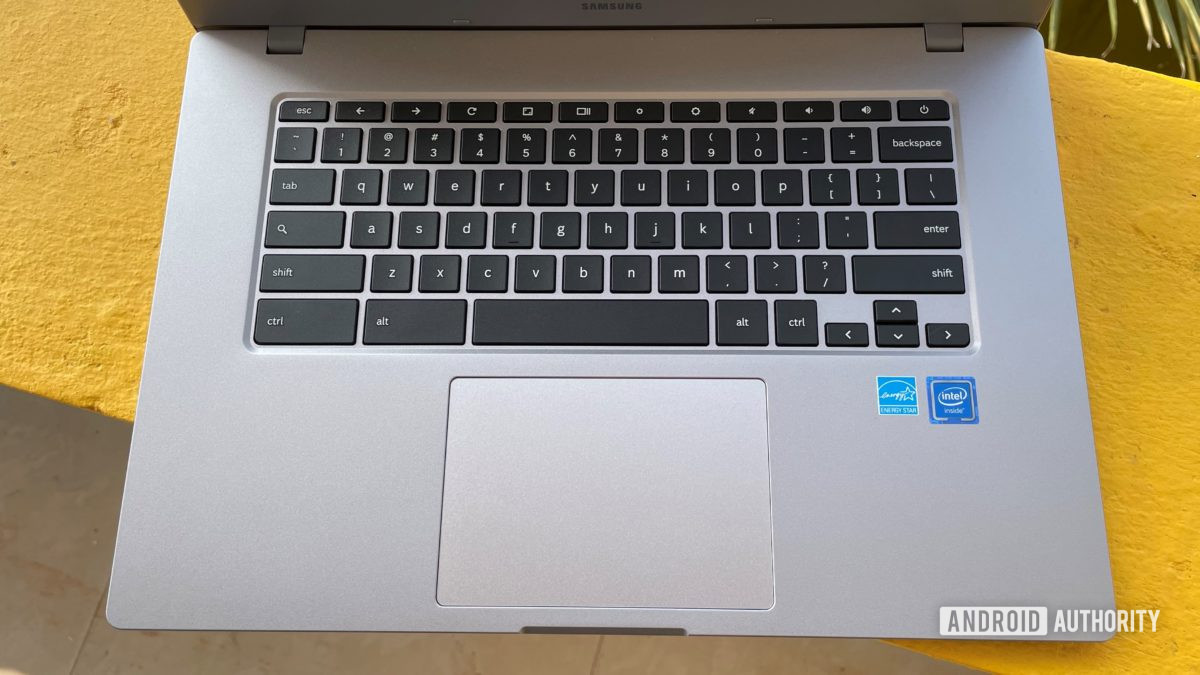 The Samsung Chromebook 4 Plus has a rather elegant design. While it’s a budget device, it doesn’t look or feel cheap. The build itself is polycarbonate, but the lid is metal, which gives the laptop a rather premium feel. All the touchpoints seem sturdy too and the trackpad is large enough.

We tested the 4GB/32GB version, and the performance didn’t feel lacking if you consider what you’re working with. The processor in this one is an Intel Celeron N4000. It’s a low-tier chip that is less powerful than the Core i3 and i5 you get in many Chromebooks today, but sufficient, especially given the price tag of this Chromebook. The port selection isn’t bad, especially with a USB-A 3.0 port thrown in.

The Samsung Chromebook 4 Plus feels better than most laptops you can find for the price.

Fortunately, Chrome OS handles web browsing in Google Chrome better than a similarly spec’d Windows machine would. As a web browsing device, the Samsung Chromebook 4 Plus performed pretty well during my testing. My workload was rather light and required having about 10-12 tabs open in Google Chrome, with Gmail, YouTube, WordPress, Google Docs, and a few other websites alongside. The performance was fine to get me through a day without any major frustrations.

The keyboard is rather nice too. The keys have a textured finish and have an angled depression that makes them comfortable to type on. Affordable laptops tend to cheap out on keyboards, but the Chromebook 4 Plus excels in this category, especially considering the price tag.

Also see: The best Chromebooks under $300