Does the NFT craze actually matter?

Hello friends, and welcome back to Week in Review!

Last week, we talked about Apple’s subscription addiction. This week, I’m diving deep into whether there’s actually any meaning to pull out of the NFT mania of 2021.

If you’re reading this on the TechCrunch site, you can get this in your inbox from the newsletter page, and follow my tweets @lucasmtny

The NFT market is still defying reason, but then again that’s kind of its thing. But one thing I’m especially unsure about lately as I see JPGs continue to sell for millions of dollars is… does any of this actually matter?

I’ve spent a lot of time over the last year grappling with the NFT market, at times I’ve lost sleep over it. As a reporter frequently covering this market, I don’t own or trade the little images myself, but that hasn’t stopped me from obsessing over the fluctuations in their prices and scouring Discords trying to follow the trends. I’ve tuned into countless Twitter Spaces and lurked subreddits trying to understand it all. I’ve also done my best to keep most of that out of this newsletter — it’s a weird niche interest that’s especially niche at the moment — but as Bitcoin flirts with a new all-time-high and the NFT mania persists, just consider this a timely update.

So, in the past month, investors have continued dropping billions upon billions of dollars on NFTs. OpenSea has seen more than $3 billion in transaction volume in the past 30 days, and that number is actually way down quite a bit from August, showcasing just how much off-peak money continues to flow into NFTs.

All of that money has gone to some colorful places. One of the bigger success stories of the past month has been the platform CrypToadz which investors dumped $100 million into. They look like this. In the past couple weeks, a brand new project called MekaVerse saw $130 million in transaction volume. They’re a bit prettier, but would you spend more than $8,000 on one? The platform Cryptoslam (where I pulled most of the data I reference here) is tracking 163 platforms which did more than $1 million in volume in the past 30 days, a number which doesn’t even account for individual artists selling their work on platforms like OpenSea.

Generally, when I’m talking about some of these big sales from smaller-scale projects with friends of mine, the first thing they mention is how this is probably all just money laundering. While I’d certainly imagine some of that is happening, that’s ultimately a much more boring explanation than my best guess of what’s really going on, which is that a group of several thousand investors have separately rationalized irrational investing. They just happen to have chosen to do so through buying pixel art and drawings of animals.

While some investors might suggest that a handful of the earliest NFTs hold intrinsic value as historic objects, there are plenty of brand new NFT projects earning ten-million dollar valuations on day one with low amounts of effort and imagination.

The Cult of CryptoPunks

It’s seemingly the result of momentum from awe-struck retail investors entering a market filled with massive amounts of wealth being generated and re-invested by Ethereum millionaires who can massively overpay for deals while pushing the implied value of the objects, the projects, the entire NFT market and the price of Ethereum up concurrently. Most of these investors are also people who have held onto Ethereum through its waves and have grown fundamentally averse to cashing out, meaning they’re less likely to sell the NFTs they buy unless they’re just trying to buy another more expensive NFT or have been made an offer too good to refuse. As a result, many high-value smaller-scale projects stay liquid on the low-end while fewer sales of the rarer items underpin the massive valuations of the projects and those occasional big buys keep pushing prices higher.

All of this babbling of mine is to say, what’s happening here is strange. It’s also an incredibly large amount of noise mostly coming from a few thousand buyers.

But when most investors talk about mainstream adoption and future use cases, they’re looking at the creation of more larger-scale projects like Axie and Top Shot which embody many of the technical bells and whistles of crypto economics in more user-friendly packages that can reach the mainstream. NFTs as a concept for driving more complex virtual economies is, indeed, really fascinating, but I don’t think there are as many takeaways to draw from billions of dollars flowing into digital art and these smaller-scale projects like CrypToadz as many crypto investors and venture capitalists are trying to convince themselves.

Only three NFT platforms out there had more than 10,000 active unique buyers in their community in the past 30 days, and while the successes of platforms like Axie Infinity are definitely worth dissecting, it also seems clear we’re in the midst of a speculative frenzy and it’s not a very easy time to draw sober conclusions about what all this madness means for the future of the web.

Coinbase is launching its own NFT platform to take on OpenSea 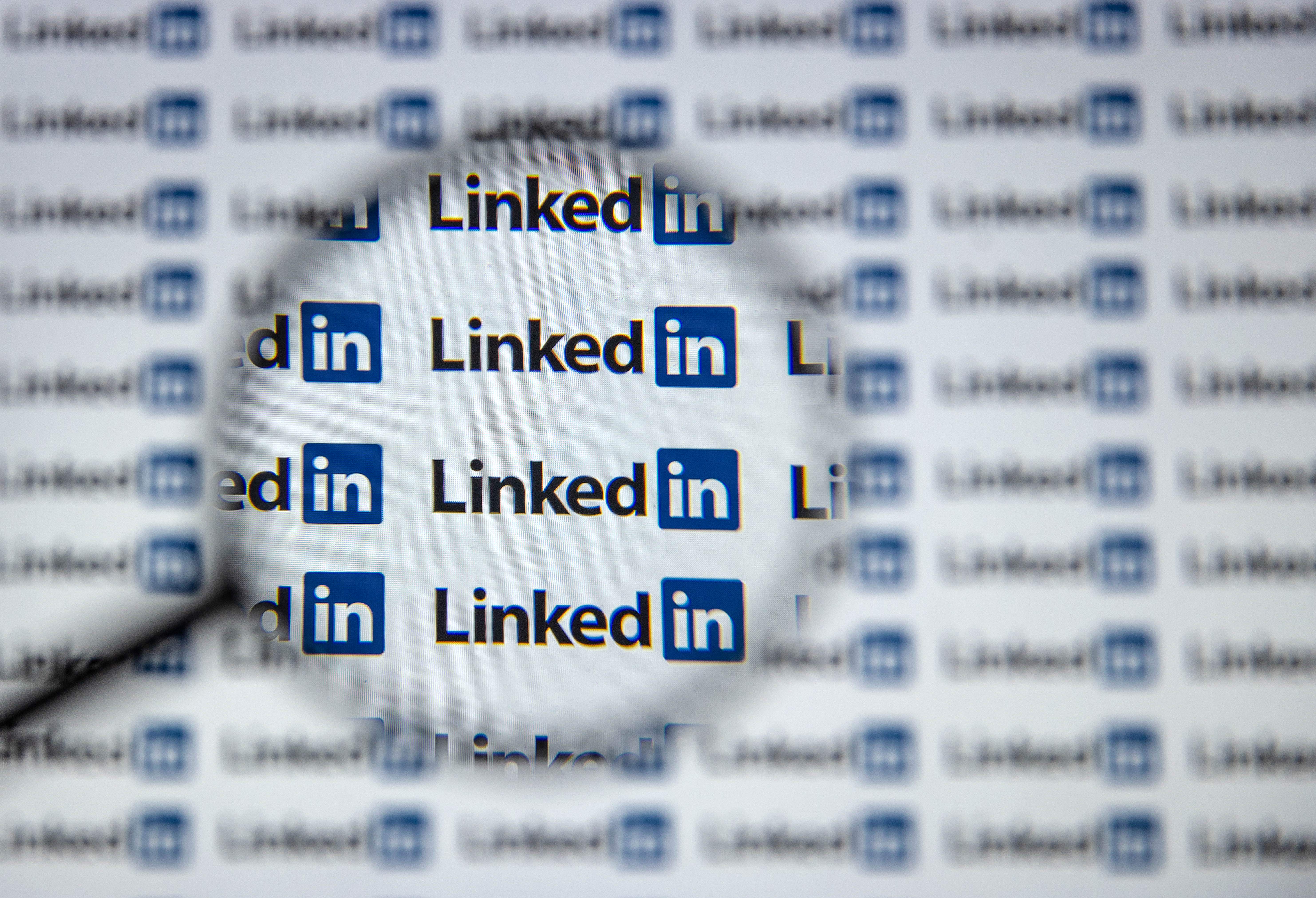 Here are a few stories this week that I think you should take a closer look at:

Apple probably won’t be supporting alternate App Store payments anytime soon
Apple did their best to convince the press and public that the court’s decision in its legal fight with Epic Games was an outright win for Apple, but over the weekend they quietly announced that weeks later they’re appealing the decision and asking the courts to put the ordered changes to allow alternative payments inside iOS apps on hold.

Apple put on a cool demeanor after this ruling, but it’s apparent that there are billions on the line for Apple if this order stands. Therefore delaying its rollout means billions of dollars that aren’t going to other payment providers or staying in developer coffers. Epic had already appealed the decision as well, hoping to try for a more favorable ruling, but it’s clear that anyone hoping for a speedy resolution will be disappointed — as is often the case in corporate law.

Nintendo reshapes its SaaS ambitions
Nintendo has been and probably always will be a bit of an odd big company. They’ve been resistant to new trends in gaming and when they embrace them, they don’t necessarily do a great job capitalizing on them, and yet their mountain of beloved IP allows them chance after chance to get things right. This week, they announced more details on their new annual membership called Nintendo Switch Online+ which, for $50 per year will give gamers a deeper array of content. That’s a good deal more than the standard $20 per year for the regular Nintendo Switch Online subscription, but beyond expanded virtual console support for an unannounced array of N64 games, it’s not clear what exactly the sell is for consumers.

Interestingly, they’re launching the service with free access to a major update for Animal Crossing: New Horizons. It’s a play that only works when you’re Nintendo and the penetration of your first-party titles is so incredibly high among device-owners (and especially likely subscribers). Nintendo has sold more than 3.4 million copies of the new Animal Crossing title globally.

Microsoft pulls LinkedIn from China
It’s been a particularly turbulent time for tech companies across China as government regulators crack down and the outlook clouds for big platforms there. This week, Microsoft announced that it’s pulling LinkedIn out of China, detailing that LinkedIn was now “facing a significantly more challenging operating environment and greater compliance requirements in China.” LinkedIn didn’t have a huge presence in China so this won’t make major waves, but as other American tech giants are forced to make major adjustments to their China strategy, this marks yet another datapoint in the cooling of relations between China and the West.

The LinkedIn’s of the world don’t hold much sway in China, the most curious bit of this is how this regulatory upswing eventually affects Apple which does hold plenty of influence. While officials probably aren’t keen to jam them up, the past year has shown that China’s regulators have plenty of surprises up their sleeves.

Some of my favorite reads from our newly-renamed TechCrunch+ subscription service this week:

Inside Plaid
“…Visa and Plaid might have chosen to go their own ways in the end, but the year wasn’t a total loss for the data connectivity startup: Plaid claims its customer count grew 60% in 2020, and company execs say it has had similar growth so far this year….”

Founders should use predictive modeling to fundraise smarter
“More capital is flooding into growth equity at earlier stages, and it’s happening faster than ever before. But even with the rampant enthusiasm for pouring bigger equity checks into startups, founders are now in a unique place in time where they can think differently about how to capitalize their companies….“

How one startup boosted productivity with ‘get s*** done’ day
“…To improve our productivity, we introduced a Getting Shit Done Day (GSDD): Our employees define clear-cut goals and receive specific, usually non-trivial, tasks with little to no communication involved (we encourage our employees to avoid social media on this day, but we are not looking over their shoulder). The goal of GSDD is to increase the amount of time we spend in deep work by minimizing distractions for one day every other week…”

Thanks for reading, and again, if you’re reading this on the TechCrunch site, you can get this in your inbox from the newsletter page, and follow my tweets @lucasmtny