Einride, the Swedish startup known for its unusual-looking electric and autonomous pods that are designed to carry freight, has raised $110 million to help fund its expansion in Europe and into the United States.

The Series B round, which far exceeds its previous raises of $10 million in 2020 and $25 million in 2019, included new investors Temasek, Soros Fund Management LLC, Northzone and Maersk Growth. The company said Thursday that existing investors EQT Ventures, Plum Alley, Norrsken VC, Ericsson and NordicNinja VC also participated in the round.

Einride has raised a total of $150 million to date. The company didn’t share its post-money valuation.

The company, founded in 2016 by Robert Falck, Linnéa Kornehed, and Filip Lilja, has two kinds of vehicles: connected, electric heavy trucks driven by humans and its driverless Pods.

The electric trucks do much the freight-shuttling work today for customers like Swedish food producer Oatly, Coca-Cola, Lidl and Electrolux. The company’s pitch is that its electric trucks reduce emissions for its customers by 94% compared to driving with diesel. Einride has also developed a digital platform for carriers that handles planning, scheduling and routing as well as invoices and billing.

The company is perhaps best known for its Einride Pod — once called the T-Pod —  a self-driving truck that doesn’t have a cab and can be controlled remotely. The first-generation vehicle has been tested on public roads in Sweden and even carried freight in a pilot program for Oatly. In October, the unveiled a line of next-generation pod freight-carrying vehicles that depending on its level of autonomy will begin shipping to customers as early as this year.

Einride will be using this significant injection of capital to fulfill current customer contracts, double its 100-person workforce by the end of the year  and expand in Europe and into the United States, according to CEO Robert Falck.

Einride will have operations up and running in the U.S. before the end of the year and are looking to set up a headquarters in Austin, Texas, and additional offices in New York and Silicon Valley, Falck said in an email. Global agreements are in place with brands such as Oatly, which includes U.S. operations, with more to be announced soon, he added. 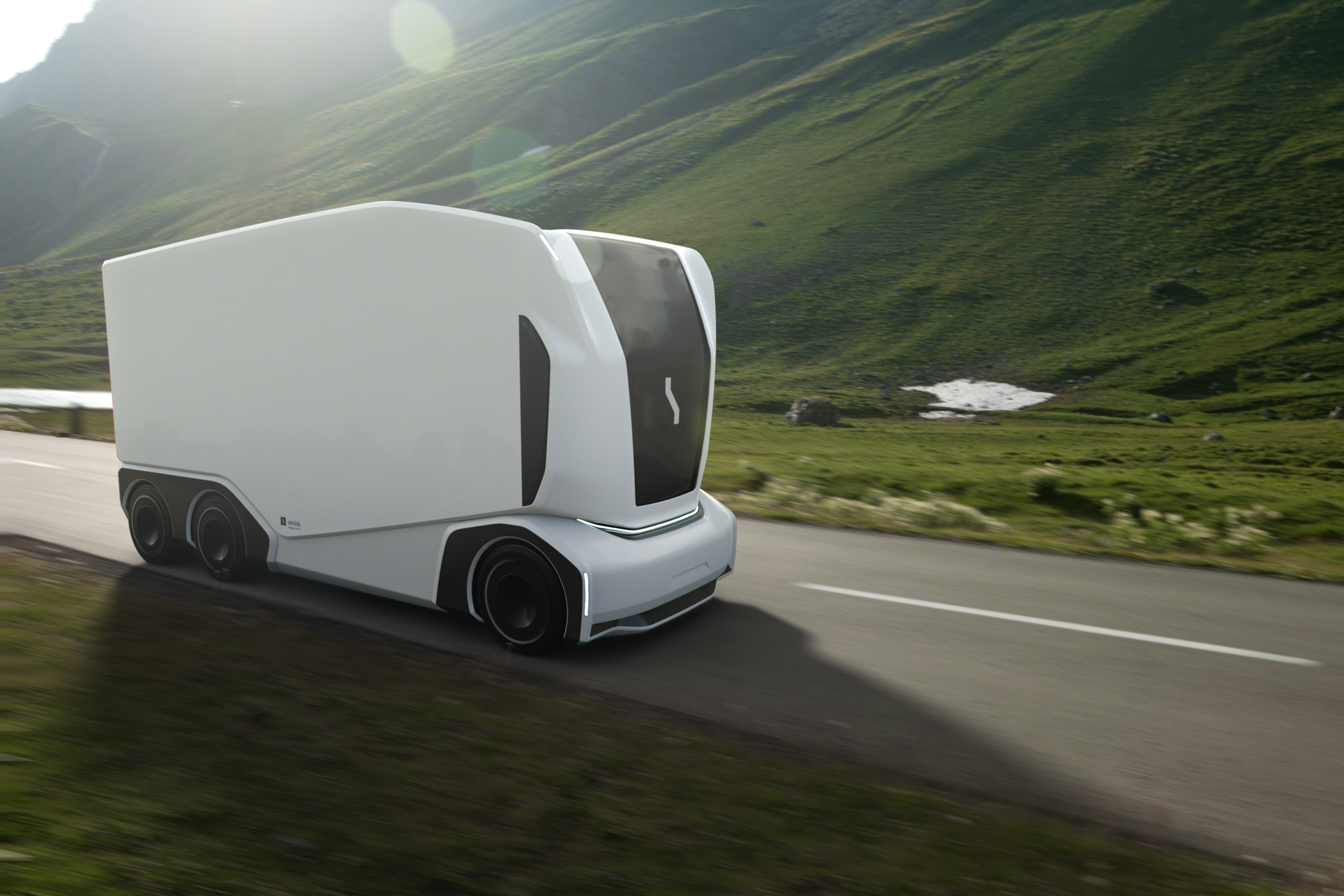 As Einride continues to scale its human-powered electric trucking operation, it is also working on the long-term goal of rolling out commercial driverless Pods. Einride has said its new Pods will be available with differing levels of autonomy and functionality based on its internal Autonomous Electric Transport (AET) classification system, which ranges from levels 1 to 5.

Its AET 1 Pod is for closed facilities with predetermined routes that are best suited for fully-autonomous operation. The constraints expand from there with Pods at AET 2 designed for closed facility operation with an added capability to traverse public roads over short distances between destinations. Einride has said that these first two level of Pods will begin shipping to customers starting in 2021.

Level 3 allows for operation on backroads and less busy main roads between facilities, at a maximum operating speed of 28 mph. At Level 4, under Einride’s system, the Pod will operate autonomously on freeways and other major roads at up to 52 mph. Einride has said that Levels 3 and 4 will ship to customers in 2022 and 2023.