Meet Routine, a new startup working on a productivity tool that should help you manage your work day more efficiently. It’s a brand new take on to-do lists as it combines both tasks, non-actionable notes and a daily planner.

The two co-founders of Routine are Julien Quintard and Quentin Hocquet, two French entrepreneurs who previously created Infinit, a startup I covered several times. Docker acquired Infinit back in 2016.

They are teaming up once again to create Routine. Right now, Routine is an app for macOS and iOS that works with your Google account. After setting up your account, Routine helps you figure out “what am I supposed to do right now?” at any point in time.

One of the most opinionated feature of Routine is the dashboard. Whatever you’re doing on your computer, you can pull up the Routine dashboard with a simple keyboard shortcut. By default, that shortcut is Ctrl-Space.

The Routine app adds an overlay on top of your screen with a few widgets. It looks a bit like the now-defunct Dashboard on macOS. On that dashboard, you’ll find a handful of things. On the left, you can see the tasks you have to complete today.

On the right, you can see how much time you have left before your next meeting and some information about that event. The date is pulled directly from your Google Calendar account.

In the center of the screen, Routine displays a big input field called the Console. You can type text and then press enter to create a new task from there. It works a bit like the ‘Quick Add’ feature in Todoist.

The idea is that you can add a task without wasting time opening your to-do app, moving to the right project, clicking the add task button and entering text into several fields. With Routine, you can press Ctrl-Space, type some text, press enter and you’re done.

Of course, you can also use the Console to schedule task directly using natural language. For instance, you can type ‘Take out trash every Wednesday at 7pm’ and Routine will create a new item every Wednesday.

Once your tasks are in Routine, you can manage them from the Routine app. In addition to the regular to-do app actions, such as rescheduling a task or marking it as complete, you can allocate some time for bigger tasks. From the Today interface, you can move a task from the task list to your calendar. It automatically creates a calendar event with that task. 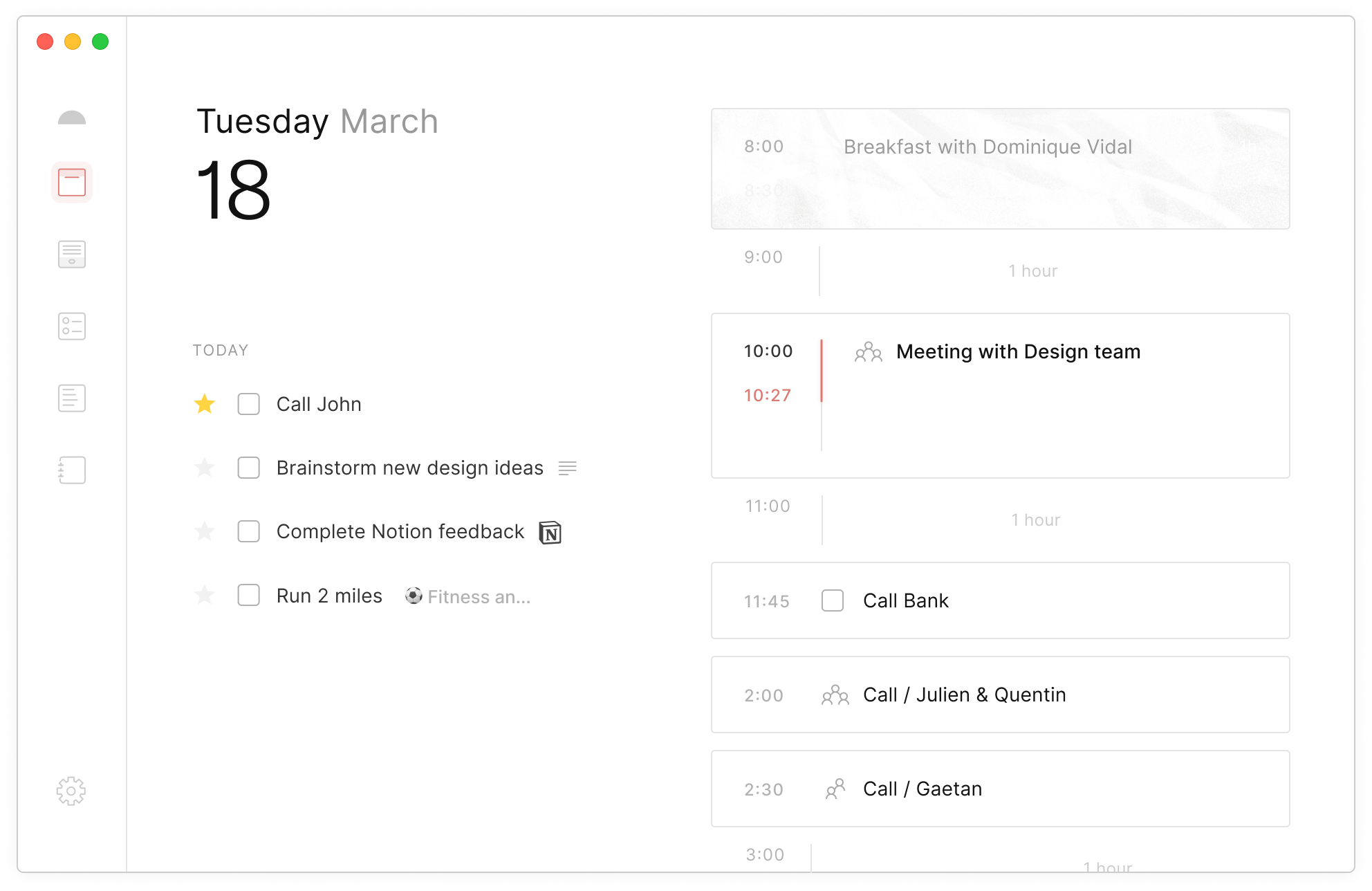 The app is a much a to-do app as a note-taking app. Each task represents a page. From that page, you get a Notion-like editor. You can write text, add headings, dividers and photos, create bulleted lists and more.

And if you create a task within a task, it automatically becomes a full-fledged Routine task. You can schedule it, insert it in your calendar and more. This works a bit like Evernote’s recent update with its new take on tasks. Essentially, tasks remain in context. 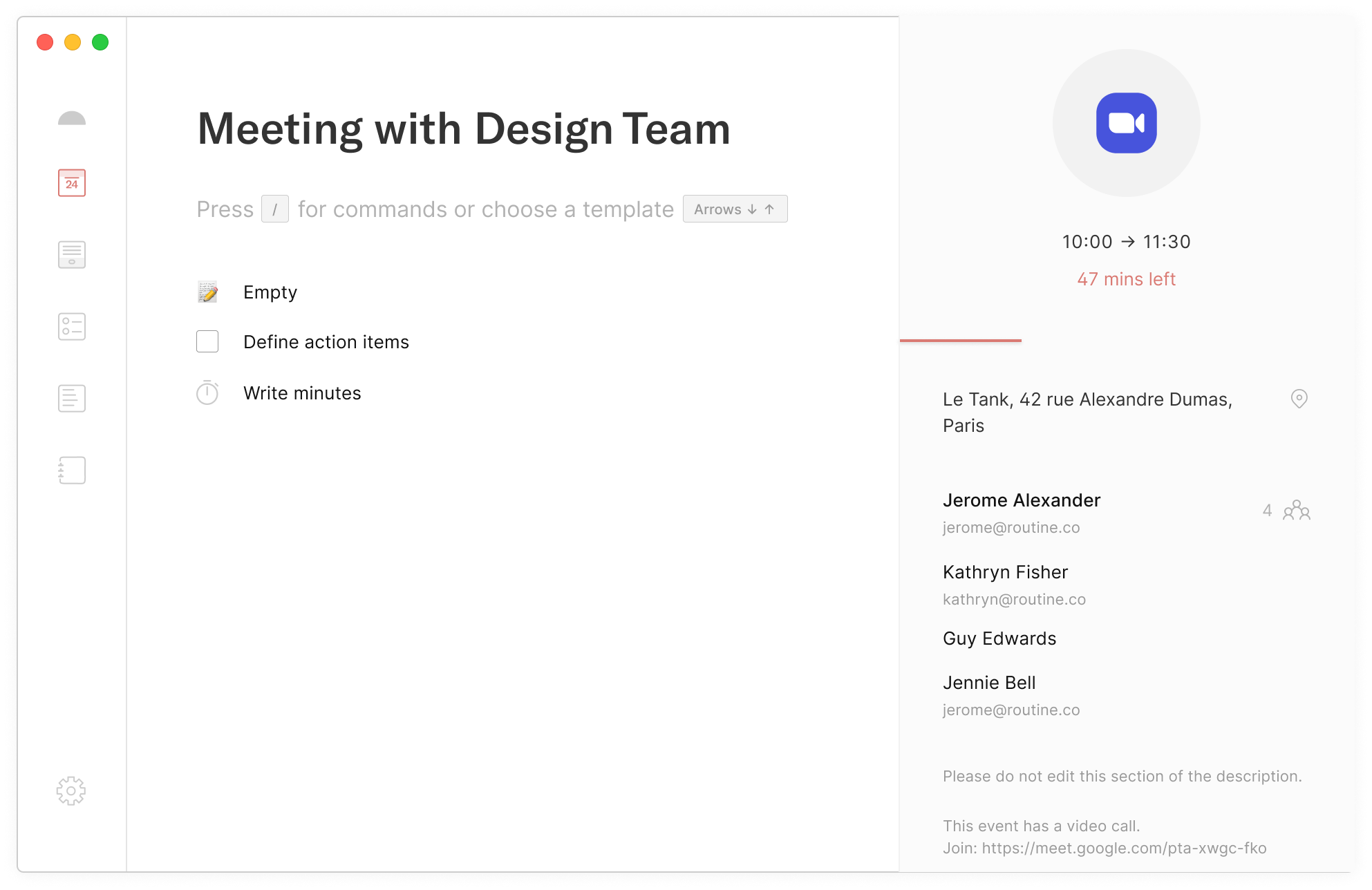 Finally, Routine lets you create Pages. Each Page is a document that can hold tasks or notes. You can use it to create various lists, such as grocery lists, packing lists and watch lists. You can also use it to store evergreen information, such as recipes or restaurants you like.

Routine is currently in closed beta. The startup has participated in Y Combinator’s W21 batch and raised a $2.7 million pre-seed round from BoxGroup and TargetGlobal. Several business angels also participated, such as Matt Robinson, Clément Delangue and Ian Hogarth.

I played around with the app and it’s an interesting take on both to-do lists and note-taking. Some people rely heavily on a to-do app, but they can’t store notes in there that easily. Other people store everything in a note-taking app. But they can’t easily view all their tasks at once. Routine aims to bridge that gap, so it’s going to be interesting to see whether the company manages to create a loyal community.