Mycel, a South Korean startup making fungal-based biomaterials that can replace leather and meat, said it has raised $10 million (13 billion WON) in a pre-Series A round of funding.

Co-founder and CEO of Mycel Sungjin Sah told TechCrunch that the company uses mycelium, a root-like structure of mushroom, to make leather substitutes that can be used in car seats and luxury cosmetic products, and fashion products like shoes, clothes and bags. Mycel is in talks with global cosmetic brands to co-develop the mycelium-based leather products as well as cosmetics ingredients, Sah said, adding that it aims to commercialize its mushroom leather in 2023.

The Seoul-headquartered startup will use this new funding to open a production plant in South Korea for scaling the manufacture of its fungal-based biomaterials and double its headcount to 42 employees, Sah said in an interview with TechCrunch. The spin-off company from Hyundai Motor’s in-house startup program was founded in 2020 by former Hyundai Motor employees Sah, Sungwon Kim (COO) and Yunggon Park (CSO).

Mycel isn’t the only company using mycelium to make leather. There are at least eight companies across the globe using mycelium to make leather, per the 2021 Material Innovation Initiative report. These mycelium-based materials innovators have attracted investors to ramp up mushroom- and plant-derived leather. A San Francisco-based startup called MycoWorks raised $125 million in a Series C round early this year, while Bolt Threads also secured $253 million at a 1.15 billion valuation in September 2021. Ecovative Design also closed $60 million in March 2021.

The global wholesale market of next-generation fabrics to replace leather, silk, down, wool, fur and exotic skins with plant-based, microbe-derived, mycelium, recycled and other sustainable materials is projected to reach approximately $2.2 billion by 2026.

A range of fashion brands is searching for next-gen materials to partner with, per the 2021 MII report. In July, Global luxury brand Stella McCartney, which has been working with Bolt Threads since 2017, launched a limited run of 100 mushroom-derived leather bags. Additionally, Hermes collaborated with MycoWorks to make a handbag using mushroom-derived leather.

Bolt Threads partners with Adidas, owners of Balenciaga and Gucci, and Stella McCartney on mushroom leather

Mycel is also competing in the alternative protein space with fungi-based food developers like Mycorena and Quorn.

On top of the mushroom leather, Mycel develops a fungi-based biomaterial that can be used as an alternative protein to disrupt the meat sector — this biomaterial, which is different from Mycel’s mycelium in the leather, is a fungus but technically not mushrooms, Sah clarified. Back in 2020, the startup tried to pivot to its main biomaterial product for alternative protein, which was experiencing a boom in early 2020 in South Korea. But the company now develops biomaterials for both mushroom-based leather substitutes and alternative proteins, Sah explained.

The company aims to enter Singapore with its fungi-based biomaterial that will be used in alternative proteins as early as next year, Sah noted. 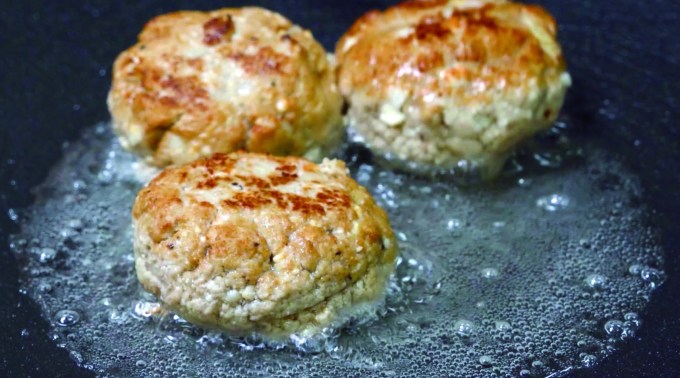