Hello, hello! We’re back with another edition of Week in Review, the newsletter where we quickly break down the top stories to hit TC in the last seven days. Want it in your inbox? Sign up here.

Our most read story this week was about Stable Diffusion, a “new open source AI image generator capable of producing realistic pictures from any text prompt” that is quickly finding its way into more projects. But, as Kyle Wiggers notes, the system’s “unfiltered nature means not all the use has been completely above board.”

T-Mobile + Starlink: Can Elon’s Starlink satellites keep your phone connected even when there’s no cell tower around? That’s the idea behind a newfound alliance between SpaceX and T-Mobile. If it works, T-Mobile phones should able to send messages (but probably not calls) over the Starlink network in a pinch, albeit with a delay of up to 30 minutes.

Google’s noise reduction AI: Smartphones have gotten better and better at low-light photos, but at a certain point the obstacle preventing further improvements is … well, physics. Is an algorithm that uses “AI magic” (as Haje puts it) to eliminate visual noise and “figure out what footage ‘should have’ looked like” the eventual only answer? No idea, but the examples are pretty friggin’ impressive.

Meta’s new accounts: If you’ve got a Quest VR headset and don’t want to tie it to a Facebook or Instagram account, this’ll be the route you take. If you’re still using an old pre-Meta Oculus account, know that support for those ends on day 1 of 2023.

eBay buys TCGplayer: If you’re a collector of any trading card games — think Pokémon, Yu-Gi-Oh!, Magic, etc. — you’ve probably heard of TCGplayer, which eBay is buying “in a deal valued up to $295 million.” We’ll chat with TC writer Aisha Malik about the deal (and why eBay wants it) in the writer spotlight down below.

Commuting? Cooking? Just wearing headphones to discourage people from talking to you? Come hang out with us in Podcast land! This week the Equity team talked about the legal battle going on over at Black Girls Code, Jordan and Darrell talked with comedian/Super Trooper Jay Chandrasekhar about his app on Found, and the Chain Reaction team caught up with two investors from the relatively new web3-focused firm Haun Ventures.

What’s behind the TC+ paywall? Here’s some of the most read stuff this week. Want more? Sign up for TC+ here and use code “WIR” for 15% off your annual pass.

Should this metric be your team’s North Star?: The team from Battery Ventures proposes that ARR per employee (or “APE,” as they’ve dubbed it) should be your team’s guiding light.

3 views on Flow: Last week we found out that WeWork founder Adam Neumann is back with a new thing and had already raised over $350 million from the likes of a16z. Good idea? Bad Idea? Tim De Chant, Dominic-Madori Davis, Amanda Silberling share their takes. 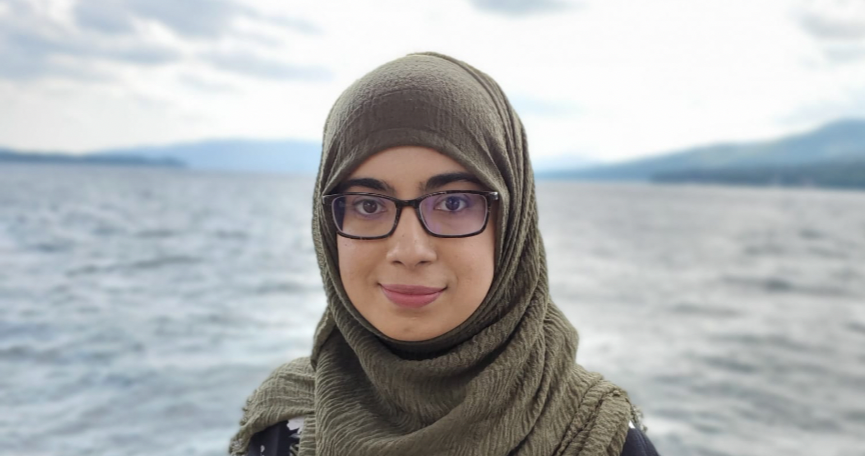 As noted last week, we’re experimenting with the idea of highlighting one TechCrunch writer per newsletter to learn a bit about them and what’s been on their mind lately. This time we’re catching up with the outstanding Aisha Malik, one year almost to the day since she wrote her first TC post.

Who is Aisha Malik? What do you do at TechCrunch?

Hi, I’m a senior consumer news writer and the second Canadian on the TechCrunch team! I write about the latest changes to platforms and apps, and how they affect the average consumer. My team and I also uncover upcoming app features ahead of their official release. I also get the chance to chat with founders about their app launches and latest funding rounds.

What’s interesting in your beat right now? Any trends we should know about?

One thing we’re seeing and likely will continue to see is just how often apps are copying each other. Just this week, we found out that Instagram is testing a BeReal clone feature that challenges people to post candid photos within two minutes. Over the past year, we’ve seen Instagram copy numerous TikTok features, we’ve seen TikTok copy Snapchat with its Stories feature, and we’ve also seen Twitter copy Instagram with its close friends “circle” feature.

There are countless similar examples. It’ll be interesting to see just how this trend progresses. People are already calling on Instagram to go back to its roots, so what happens when every app is trying to be like another one? At some point, these apps are going to be overcrowded with features, and that might not be something that consumers want.

Right?! It’s absurd. And who wants to build the next cool thing when the giants of the app world will just clone your key features as soon as they start to prove popular?

Since you’re on the consumer/apps team: what’s the most used app on your phone that didn’t come pre-installed? What eats up your battery every day?

I have no shame in admitting this (okay, maybe just a little) but the answer is TikTok.

I find myself opening the app when I want to take a quick break or when I’d rather not commit to watching a movie or an episode of a TV show, but still want some sort of entertainment. I know people who haven’t download the app claim it’s filled with dancing videos, but the truth is you’ll only end up seeing dancing videos if that’s something you’re actually interested in. TikTok formulates its “For You” page in a way that’s based on your interests, so I see it as a great way to discover and engage with content that you care about. As someone who enjoys baking and reading, the majority of the content I see on TikTok revolves around baking recipes and book recommendations.

I also think TikTok clearly has an impact on culture, whether it’s memes, music or political movements; there’s a chance that it’ll appear on TikTok first. I see the app as a fun and easy way to stay up-to-date on all sorts of trends.

I get it. I had to delete TikTok off my phone — every time I’d open it, my eyes would go all Hypnotoad and I’d be gone, only snapping out of it 20 minutes/100 videos later. The algorithm is too good. It feels like the final boss of the internet; the algorithm in its most evolved/efficient form. I’m probably getting a bit too in the weeds here. Back to the questions!

One of the most read stories this week was your post on eBay’s acquisition of TCGplayer. What is TCGplayer, and why does eBay want it?

TCGplayer is one of the biggest online marketplaces for collectible trading card games. The acquisition essentially marks eBay’s latest push into the trading card market, which saw a huge boom during the pandemic. eBay says trading cards are currently showing substantial growth.

To put things in perspective, eBay says the trading cards category is growing significantly faster than its total marketplace and that the category saw $2 billion in transactions in the first half of 2021. Considering that eBay has long been a destination for trading card enthusiasts to buy and sell, acquiring one of its biggest competitors better cements the company’s place as the go-to marketplace to seek out these collectibles.

It’s kind of wild how collectibles saw a massive surge throughout the pandemic — something, perhaps, about lots of people spending a lot more time at home around their own stuff. Collectibles-focused companies like Whatnot just exploded in popularity, going from a pre-seed round to a valuation in the billions in two years. Are you a collector of anything, trading cards or otherwise?

I have a small collection of rocks and stones that I’ve collected from beaches and forests I’ve visited in Canada and the U.S. I don’t know much about different types of rocks, so the ones in my collection aren’t extraordinary or anything. I just think collecting them is a nice way to feel connected to specific locations I’ve enjoyed visiting!