Welcome to my weekly fintech-focused column. I’ll be publishing this every Sunday, so in between posts, be sure to listen to the Equity podcast and hear Alex Wilhelm, Natasha Mascarenhas and me riff on all things startups! And if you want to have this hit your inbox directly once it officially turns into a newsletter on May 1, sign up here.

On March 25, PitchBook released its 2021 Annual Fintech Report, which found that the fintech industry raised $121.6 billion last year — up 153% year-over-year in terms of global VC deal value. Alex and I will be doing a deep dive on that report next week, but it’s a nice lead-in to what I’m examining today.

There has been much talk as of late of a slowdown in venture funding. But if this past week’s mega-rounds in fintech are any indication, the sector is proving it has the potential to be quite the outlier – at least for now.

In what was not a surprise but is still noteworthy, corporate spend and expense management startup Ramp confirmed that it raised $200 million in equity, secured $550 million in debt and doubled its valuation to $8.1 billion. Not bad for a company that only publicly launched just over two years ago.

I also exclusively covered Jeeves’ $180 million Series C, which quadrupled that company’s valuation to $2.1 billion in half a year’s time. I’ve been writing about Jeeves since it came out of stealth last June with $31 million in equity and it’s been wild watching it grow. It also operates in the corporate spend and expense management space, with more of a global footprint and infrastructure component. In fact, it describes itself as the first “cross country, cross currency” expense management platform. Jeeves has a presence in, and is seeking to expand in, Latin America, Canada and Europe. It’s also eyeing Southeast Asia and potentially Saudi Arabia and Africa.

Another thing that both Ramp and Jeeves have in common — besides skyrocketing valuations — is that both companies are experiencing hyper-growth. Unfortunately, as with most private companies, neither startup will share hard revenue figures. But they do at least provide some metrics. Ramp says its revenue grew “early 10x” in 2021 compared to 2020 while its cardholder base grew 7x and its user base grew 15x. CEO Eric Glyman also tells us that Ramp is powering over $5 billion in annualized payments volume. Considering it makes money off of each transaction, it’s safe to say that Ramp is well, ramping up into impressive revenue territory. Meanwhile, Jeeves says it has seen its revenue grow by 900% since its September raise and even more impressively, that in the first two months of 2022, it brought in more revenue than all of 2021. Meanwhile, the startup has doubled its client base to more than 3,000 companies and reached about $1.3 billion in annualized gross transaction volume (GTV).

Is this market big enough for so many global players? That remains to be seen. But it will be fun watching how the race in the space plays out. As Alex, my friend and Equity podcast co-host, pointed out this week — it seems these companies can’t stop adding features and new products fast enough. For example, Brex announced last week that it provided $10 million in growth capital via venture debt to Zesty.ai, a leading provider of predictive data analytics in the climate risk space. Brex launched a venture debt program last August as part of its effort to be many financial-related things to startups and maturing companies alike. (It had also filed for a bank charter last year but ended up withdrawing its application). Meanwhile, newer players are also entering the scene. I recently wrote about a new company called Glean AI, started by former OnDeck and Better.com CFO Howard Katzenberg, which aims to help businesses save money by using machine learning to analyze things like deal terms, line-item data, redundant offerings and negotiation opportunities. Startups like these are keeping the incumbents (relatively speaking) on their toes.

It’s safe to say that as long as these startups keep adding on to what they can offer to other companies, the rapid pace of funding to support those initiatives will likely also continue — but there’s a caveat — IF they’re showing fast growth as described above.

It’s too early to tell truly if fintech is truly an outlier when it comes to a pullback in global venture funding, or if we’re just seeing deals that were initiated late last year starting to close. The second quarter will give us more insight as to whether fintech is in fact experiencing, or dodging, a slowdown.

On that note, our amazing fintech/crypto reporter Anita Ramaswamy talked to Lightspeed Venture Partners’ Justin Overdorff on the topic and at least in his view, fintech is not immune to the global slowdown. For context, Overdorff joined Lightspeed in 2021 to help lead the team’s fintech practice. He told Anita:

We’re seeing pretty big market changes. Maybe valuations aren’t coming down yet, but what is changing is that we are certainly seeing round sizes are shrinking. And the number of term sheets that are being offered are shrinking. So when you see, you know, a deal, and a [founder] who normally was going to go out for a $20 million Series A, they’re being told by the market to raise 12 to 15 million, because that’s where the appetite is. And instead of eight term sheets, you’re going to get two. And that’s been happening pretty clearly….Now, with that said, I think that there’s still a lot of appetite [for fintech] across the board.

On the venture side, Overdorff told Anita that from what he’s hearing, VCs “are trying to make their funds last longer” and as a result, “there’s an unknown of where it goes.”

So if Overdorff’s observations are any indications, both startup founders and investors alike are working harder to make their dollars last longer.

In other notable news, Robinhood this week announced it was launching a new debit card that allows for spare-change investing. As my very talented colleague Sarah Perez and I discussed, the move was significant in that it shows that Robinhood is taking concrete steps to expand beyond trading and into more consumer finance areas. Sarah’s exact words were: “It puts it in more direct competition with other fintechs such as Chime and even P2P payment companies such as CashApp and PayPal/Venmo, which tie online customer accounts to physical payments cards. The roundup feature can also help to increase customers’ investments passively — like Acorns [with its savings app] and like Venmo is doing with crypto.”

Another example of fintechs trying to do all the things.

Meanwhile, as our friends at Protocol reported, Apple is reportedly buying U.K. open-banking startup Credit Kudos for around $150 million. This follows its early February introduction of a new Tap to Pay feature for iPhone that turns the device into a contactless payment terminal. The tech behemoth is clearly encroaching into fintech territory.

As usual, there was no shortage of fundings around the world, although I do have to admit, this list feels shorter than in weeks past. Here’s a sample of just a few:

Mastercard announced the launch of a new suite of open banking-driven smart payment decisioning tools aimed at eliminating friction and improving success rates in the payments ecosystem. The credit card giant called the move “one of the first significant technology developments to come out of its acquisition of Finicity.”

This article by our own Alex Wilhelm ties into the “is fintech an outlier” narrative from above: Forge’s public debut will pose fresh test to SPAC-led exits. Forge operates a market for private shares — equity in unicorn startups, basically. It went public via a SPAC this week and, gasp, actually had an impressive debut.

Ola said on March 24 that it has reached an agreement to acquire Avail Finance, a financial services startup that serves the blue-collar workforce, as the ride-hailing giant looks to expand its financial services offerings. Manish Singh gives us all the details in this piece.

Sightline, which just a few months ago became Nevada’s first unicorn, announced last week that J.P. Morgan Payments will become the primary processor for its Play+ transactions spanning online casino, mobile sports betting, cashless payments at casinos “and more.” The company told me: “The gaming industry has a notoriously clunky payments ecosystem bogged down by regulations and casinos’ reliance on cash. But recently there have been huge technological advancements, like Sightline helping launch the world’s first casino with a fully cashless infrastructure.”

Stori reports that it expects to reach 1 million active customers this month. Says CEO and co-founder Bin Chen: “We are super excited about reaching this milestone, particularly because most of our customers were rejected by traditional banks in the past. With a Stori card, they are building credit history and gaining financial upward mobility.” I wrote about the startup’s $32.5 million Series B in February of 2021.

BMO Financial Group and 1871 last week issued a national call for applications for their leading fintech industry program for women-led startups, WMNfintech. Applications for the 2022 program will be accepted through April 22, 2022.

In this Q&A with FinLedger, Morty co-founder Nora Apsel discusses the online mortgage marketplace’s journey, overarching goals and plans moving forward. I talked with Nora myself earlier this year and the former engineer is very impressive. Her company raised a $25 million Series B in July 2021 at a $150 million valuation. In February, she told me that the startup’s revenue has grown nearly 14x since 2019 and doubled in the last year alone. 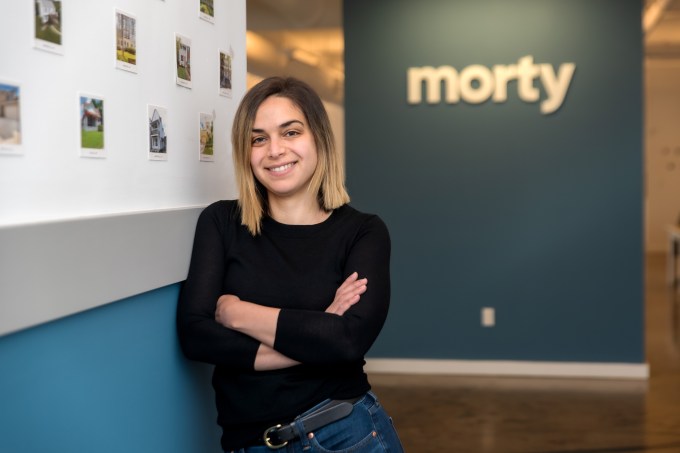 Speaking of women in fintech, Mila Ferrell, a founding member of Zoom’s product team, last week joined Cervin, becoming the first female partner at the early-stage venture capital firm. In her new role, according to the firm, Ferrell will “define the future of work and shape fintech infrastructure in the next decade and beyond.” 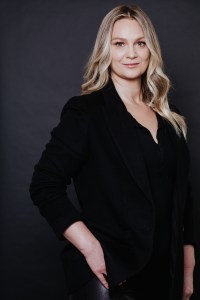 Tishman Speyer, one of the world’s largest real estate developers, announced it secured $100 million in commitments, anchored by the National Pension Service of Korea and Investment Management Corporation of Ontario, for its first proptech venture capital fund. The venture says it seeks to raise up to $150 million in total equity to fund investments “in technology-driven opportunities related to all sectors of real estate.”

Well, that’s it for this week! My newsletter was set to launch today but for logistical reasons, that date has officially been moved to May 1. Thanks for hanging in there and reading this column in the meantime. Have a great Sunday, and week ahead!