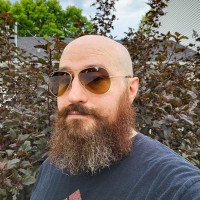 Google’s annual Android updates used to be major events, bringing much-needed features and UI refinements to the platform, but that was then and this is now. Today, more than 14 years after Android debuted, the annual updates are something else: Boring. It’s a common refrain when Google announces a new Android update these days, and it’s certainly the case with Android 13. Should we be sad about that? I’d argue it’s good that Google isn’t taking any major risks with Android right now. If it did, you might not like the results.

We’ve come a long way already. It’s hard to believe there was a time when apps would run roughshod over the system, waking up whenever they wanted and wrecking your battery. The UI design in those days was a disappointment as well, so much so that the neon-themed Holo UX was an improvement over Gingerbread, which had all the elegance of an Ecto-Cooler juice box.

Somewhere along the way, Android became a mature OS — all the low-hanging fruit is gone. That frees up resources to focus on things that aren’t as flashy but still vital. So, in a lot of ways, boring Android updates were not only inevitable, they’re desirable. In the past, Google could throw things at the wall to see what stuck — there was room to do that when we didn’t know exactly how the modern smartphone should work. This was a time when OEMs were still experimenting with form factors, and phones were tiny compared to what we carry today.

Google could introduce a feature like lockscreen widgets, Beam, or Daydream, only to throw them away a version or two later. The stakes are higher now. Phones have converged on the flat glass slab form factor, and we know what to expect from smartphones as Android and iOS converge.

In the past, Google could throw things at the wall to see what stuck — there was room to do that when we didn’t know exactly how the modern smartphone should work.

Look at your Android phone — there haven’t been many, if any, fundamental shifts in a good five years. It’s not just Google, either. The Android and iOS software experiences share a lot of elements, to the point that the platforms take turns borrowing features from one another. Apple copies Android’s notification shade (badly), Google borrows generously from Apple’s gesture navigation, Apple makes a better version of Android’s home screen widgets — around and around, until what few user-facing innovations we get are so minor as to be forgettable.

Android has left behind the days of punctuated equilibrium when each version would bring dramatic changes followed by a year of stagnation. Now, every update builds on the last, and Google can fiddle around the edges with changes to Play Services, which contains more system components year by year. As far back as Lollipop, Google has been adding components like account authentication and system security to Play Services, allowing the company to make changes without pushing an OS update. So much of what might have been a bullet point for a major update now just appears on almost all Android devices when the mothership flips a server-side switch.

Many feature updates now just appear when the mothership flips a server-side switch.

With Android 13, there is again howling and gnashing of teeth as the internet laments yet another boring update. Material You enhancements helm the new update, and it took two version updates to get all the pieces in place. In Android 12, color options were limited, and Google didn’t make the underlying Monet engine available to everyone. Thus, some Android 12 phones launched without theming, and many of those that did had limited functionality — for example, OnePlus didn’t even let you adjust the theme color.

When you look at specifics like the icon theming, it’s going to take years longer to get everyone on board; maybe that’ll never happen. But Android updates are no longer a one-and-done event — they’re just the next step in the process, and some will be little more than a shuffle forward. Android 13 also added some new security and privacy features, which has been a focus for Google in the last several version updates. Apps now have to ask for your permission to send notifications, and media permissions are more granular to preserve your privacy. That’s not to say Google hasn’t been doing important work on Android — it’s just not the kind of work you can see glancing at your phone. Projects like Treble and Mainline have further streamlined device updates, making it possible for companies to roll out OTAs in a (somewhat) timely manner.

Just a few years ago, device makers didn’t make any firm promises about update support, so you’d be left wondering if your $1,000 smartphone was going to get more than the occasional security patch, and hoping for a major OS update was a recipe for disappointment. Now, Samsung, once famed for its poor update support, is keeping its phones updated a year longer than even Google. And the OTAs don’t take nearly as long to show up. Samsung is releasing One UI 5 (based on Android 13) to some devices as I’m writing. That was unimaginable before Google shifted its focus. They’re not sexy, but these are the changes that matter in 2022.

As Google was releasing Android 13 to Pixel devices, Stadia was in a downward spiral that led to it getting the ax. I’ve long been concerned that Google’s lack of focus is harming its products, and the abject failure of Stadia has only strengthened that belief. It’s getting harder to trust Google, so maybe we shouldn’t be hoping for major user experience updates right now. There’s great risk in making sweeping changes to a mature piece of software like Android. Just look at what happened when Microsoft tried to rethink its venerable desktop OS with Windows 8 in 2012. The response was so negative it was forced to roll back most of the changes just a year later in 8.1.

Android doesn’t need groundbreaking changes right now, not until the way we interact with mobile devices evolves. Perhaps that change will come in the form of foldables, or, heaven forbid, the metaverse. Foldables seem like a safer bet, thankfully, and Android 12L is already moving us in that direction. In the meantime, let’s stop and appreciate some nice, boring Android updates.